The LIFE projects are financed by the European Union to promote the protection of the environment.

The LIFE program is the only financial instrument of the European Union dedicated exclusively to the environment. Its overall objective for the period 2004-2020 is to contribute towards sustainable development on the European Strategy 2020 and of the relevant strategies and plans of the Union regarding the environment and climate.


The SPAs are a designation under the European Union Directive on the Conservation of Wild Birds. Together with Special Areas of Conservation (SACs), the SPAs form a network of protected sites across the EU, called Natura 2000.

The urban SPAs of Extremadura coincide with localities of great cultural and patrimonial value, where the colonies of lesser kestrel are found in churches, convents, palaces, castles, monasteries or old houses. For this reason, the project also focuses its efforts on the creation of new tourism products that combine cultural tourism with ornithological, favoring the economic activity of local companies.
Currently, Extremadura has 19 urban SPA for the conservation of the Lesser Kestrel. The urban SPAs are home to more than 60% of the entire population of Lesser Kestrel present in the Natura 2000 Network, so its importance is crucial for the conservation of this threatened species.

We conserve our biodiversity 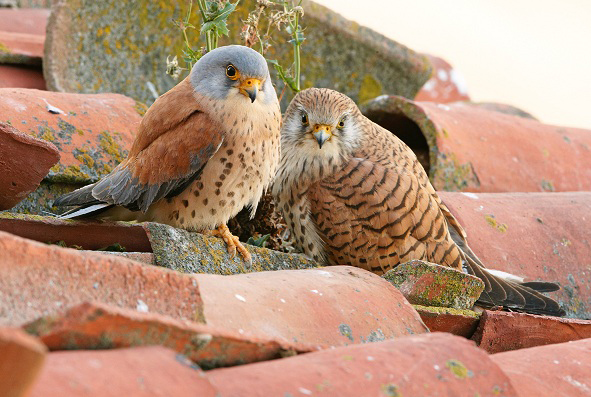 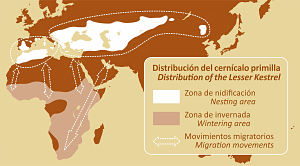 The Lesser Kestrel (Falco naumanni) is a small diurnal raptor basically migrating although in some areas, such as southern Spain, Italy and northwest of the African continent, is present throughout the year. It occupies regions of warm climate with the presence of more or less natural steppes and cultivated areas throughout the Palearctic region, from southern Europe (Mediterranean basin) to Mongolia and China, reaching North Africa and Turkey (Eurasian distribution) . Its main wintering quarters are in central and southern Africa.

It is a colonial species that in the breeding season is associated with urban environments, installing their nests in different types of buildings, preferably in hollow walls, mechinales or under tiles, so it is easy to find in buildings in the countryside as well as buildings in the interior of urban centers. More rarely it is installed in small cuttings where it uses natural holes as nests.

Other Life projects related to the species.

The purpose of the project is to develop a model of management of urban SPAs that ensures the conservation of the lesser kestrel in the long term, since the population has suffered a great decrease in recent years. For this purpose, specific and effective management and conservation measures will be adopted to reduce or eliminate their main threats.

MAIN GOALS OF THE PROJECT 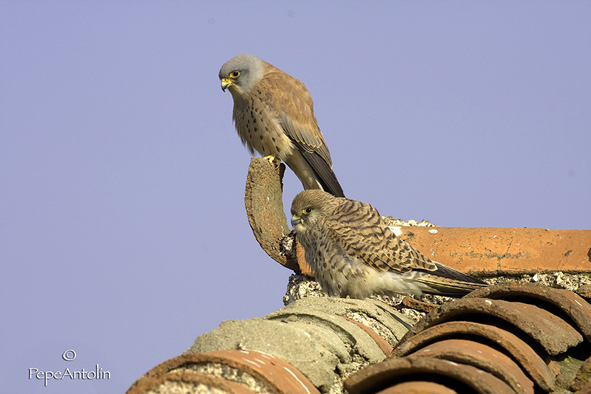 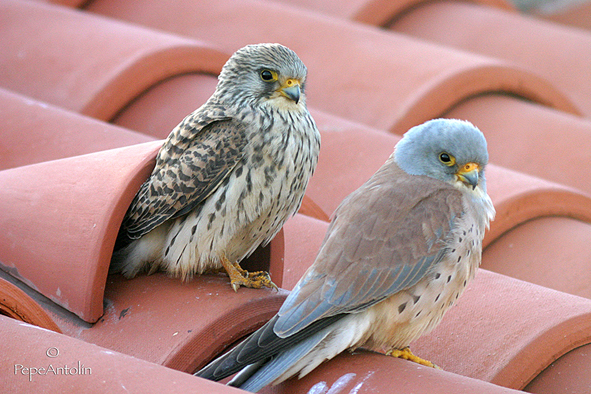 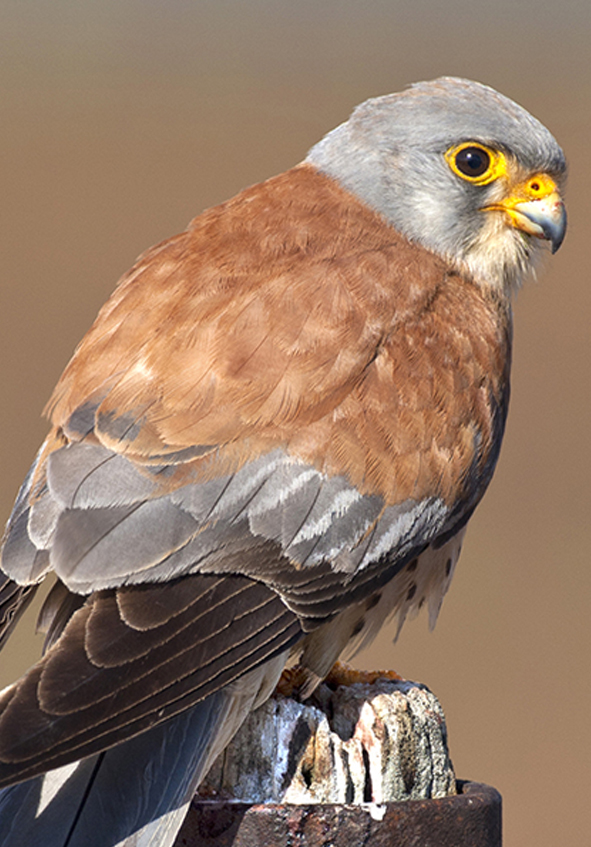 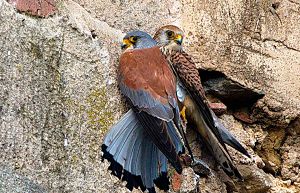 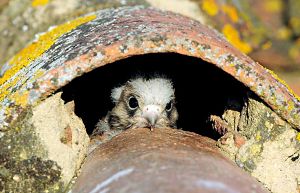 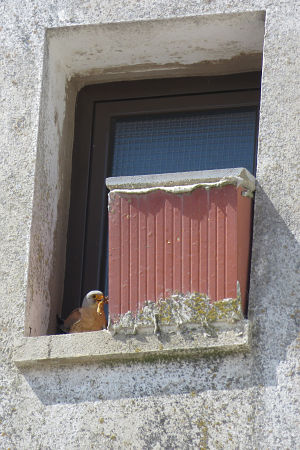 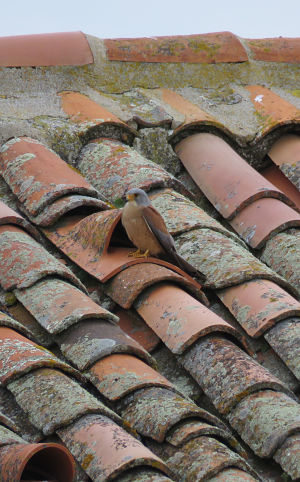 The actions that Terra Naturalis is going to carry out are:


A1. Initial census of the population of lesser kestrel in urban SPAs and roosts in Extremadura.

The initial census of urban ZEPAs and roosts is necessary as a starting point to have up-to-date information on the conservation status of the species, the factors that negatively influence it, and the evolution of the population in relation to previous censuses. This information is essential for the implementation of this project and the implementation of the planned conservation actions. At the same time, the data obtained in this action will serve as a reference for monitoring the effectiveness of the project's measures.

With the support of the Biodiversity Foundation of the Ministry for Ecological Transition:

A2. Study and characterization of the feeding habitat of the lesser kestrel in the urban SPAs

The objective of this action is to analyze the use of the feeding habitat of the Lesser Kestrel in the area of action of this project. It is intended to determine the hunting areas, obtain data on the extent of the areas of campeo, the degree of use of different areas and the preference of the species for certain types of habitat (boundaries, cereal crops, fallow) against others (areas forest, irrigated crops), assess the effort of breeding individuals to feed chickens based on the distance of the colony to the feeding area and the density and size of the prey (mainly orthoptera, micromammals), and identify the effect of phytosanitary treatments on their diet.

In 2018, 49 specimens of lesser kestrel have been tagged to study their behavior and their feeding areas


With the support of the Biodiversity Foundation of the Ministry for Ecological Transition:


A7. Evaluation of the effectiveness and design of census methods in urban areas.

In this action, the census method used in the framework of the project will be objectively assessed to determine what would be the most accurate methodology for census of lesser kestrel populations in urban centers based on different variables that may condition their result. For this, two different situations and characteristics of urban ZEPA of Extremadura will be used as a reference: colonies located in a single building and colonies spread over several buildings..

D1. Monitoring of the impact of the conservation actions of the project on the Lesser Kestrel in the urban SPAs.

The objective of this action is to verify the impact of the conservation actions of the project on the population of lesser kestrel in the urban SPAs and the post-nuptial roosts included in the project. Specifically, it will track:

The purpose of this action is the transfer of technical knowledge, results obtained in the project, problems encountered and lessons learned, during and after the completion of the project. It is intended that this Strategy is a multiplier element of the project's impact, offering the solutions found to a wide spectrum of agents related to the lesser kestrel and its conservation (public administrations, conservationist associations, researchers, farmers, architects), so that can be applied in other places with the presence of this species, both at national and European level.