Terra Naturalis is a non-profit organization constituted in 2013, whose main objectives are:

The contribution to the conservation of nature and the promotion of demonstration projects.

The promotion of cultural, historical and ethnographic heritage.

The promotion of sustainable development in all its forms (social, economic and cultural).

Since its establishment, TERRA NATURALIS has participated and developed their projects framed generally in the following four operating lines: 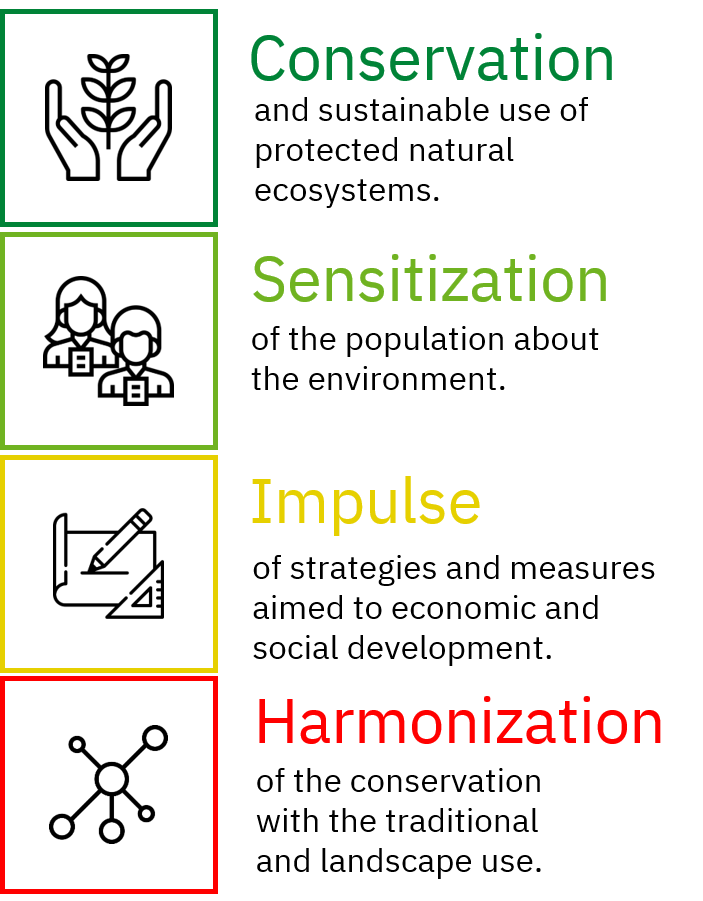 Video presentation of the black vulture (Aegypius monachus) and bearded vulture (Gypaetus barbatus) reintroduction project in Alto Tajo and Serrania of Cuenca.
Download the video and share it (mp4 257 Mb - in spanish)

We promote the cultural, historical and ethnographic heritage

1. Biodiversity and species of interest.

The new Red Lisf of International Union for Conservation of Nature (IUCN) record that there are in Spain more than 552 species on the way to extinction. the country has a greater number of vascular and vertebrate plants threatened in spite of they are categories established by the IUCN.
¿What can we do?
To preserve biodiversity, it is essential to protect these species, animals or plants, whose survival has been endangered by the pressure of human activity, exercised well on the itself,through its exploitation, persecution and poisoning, or on the habitat where it develops and whose conservation depends intimately.

Terra Naturalis works on projects related to threatened species, contributing to their preservation and conservation. 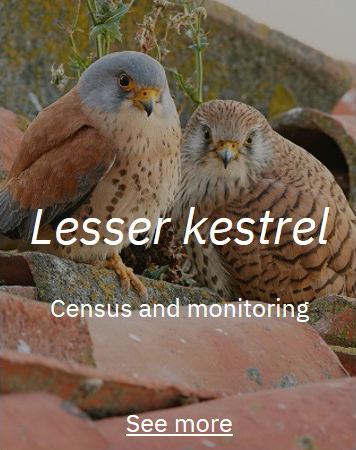 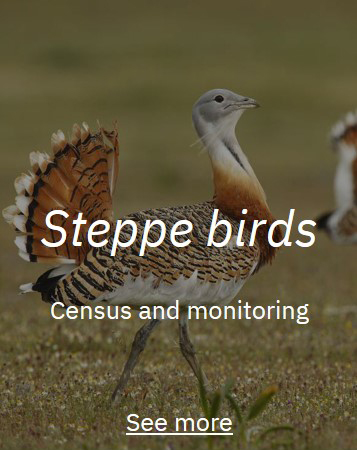 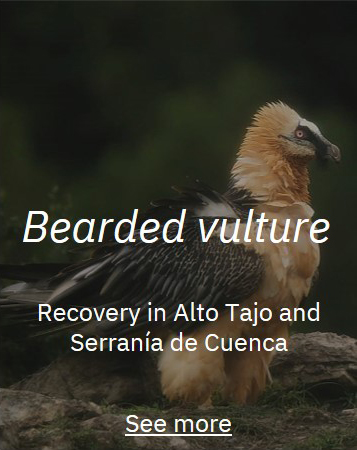 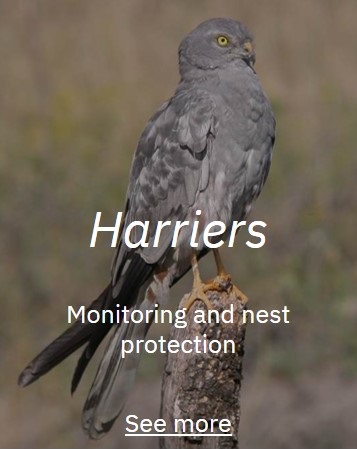 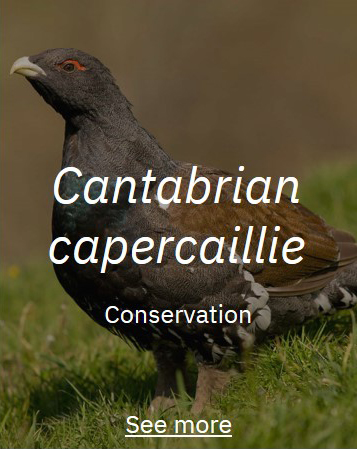 In Spain there is a great diversity of protected natural spaces, from areas of wetlands to mountainous areas, and then deforested areas, which implies a great diversity of habitats and ecosystems.
The wetland areas, since Spain exist a great diversity, the variety of its origin, the numerous species that maintain and uses that they sustain. Approximately 1,500 are estimated in our country, characterized by a great abundance of small inland water bodies, accompanied by a small number of extensive and complex coastal aquatic systems.
Having disappeared 60%, it is estimated that there are about 1,500 wetlands

It is estimated that 60% of the area of natural wetlands and lakes in Spain has disappeared, mainly in recent decades, with floodplains and inland freshwater wetlands being the most affected. The most important impacts of wetlands are related to very specific sectors: agriculture, urban development associated with tourism, industry and infrastructure. For this reason, Terra has collaborated in projects whose purpose is the conservation and recovery of these areas. 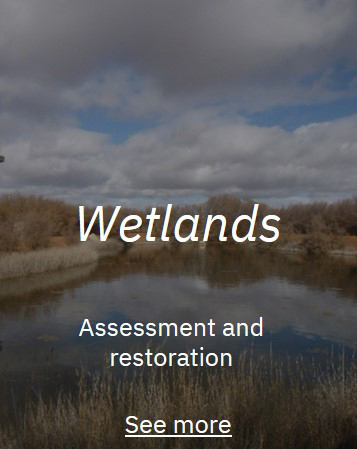 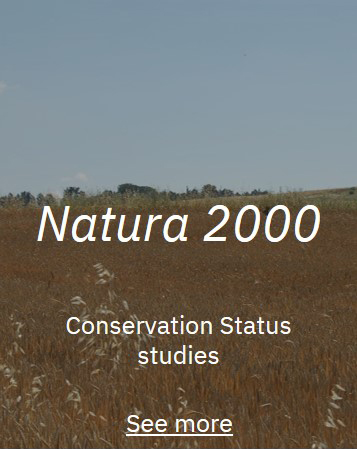 The IUCN considers an alien species when is established outside of its natural past or present distribution and invasive if provoques changes that threaten all native biological diversity(IUCN).


39% of the known extinctions of animals have been caused by the introduction of alien species since 1600.

The invasive alien species (IAS) are currently recognized as one of the most important causes of biodiversity loss (second after the destruction of habitat), and may become the most important factor of ecological disintegration in the near future. In addition it will have important consequences in the economic development and the health sector, which are already beginning to be visible today.

Terra Naturalis works actively in the eradication of the main invasive species currently present in our country. 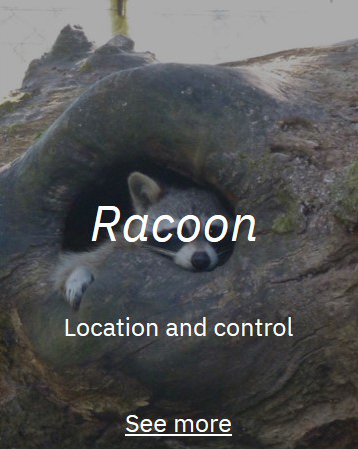 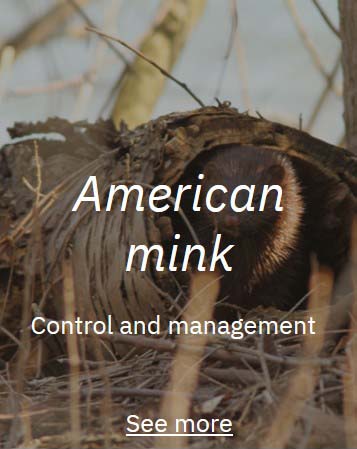 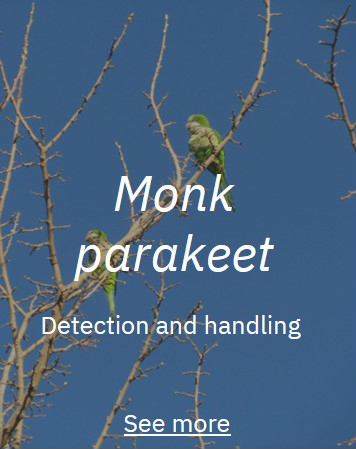 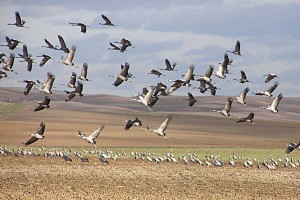 Proposal for a sustainable rural development program in the Laguna de El Hito region: compatibility of the presence of the common crane ( Grus grus ) with traditional agricultural uses.

Environmental education is the key to understand the existing relationships between natural and social systems, as well as to get a clearer perception of the importance of socio-cultural factors in the genesis of environmental problems.

The environmental education has 3 main purposes:

Ensure that both individuals and collectives understand the complex nature of the environment and the relationship between natural and social systems.

Participate responsibly and effectively not only in the prevention and solution of problems but also the management of the natural environment.

It should promote the acquisition of awareness, values and behaviors that favor the effective participation of the population.
Terra Naturalis has experience in carrying out technical and informative publications (guides, manuals, monographs ...) as well as in the design and development of environmental education activities and posters, panels and equipment for interpretation centers.

These are the projects in which we have participated 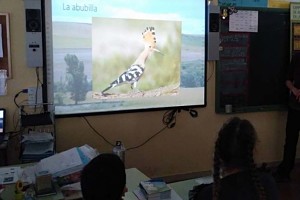 Sensitization campaign of the problem and nidified population rescue campaign of Montagu's harrier and Hen harrier in the SPA "Cereal Steppes of the rivers Jarama and Henares" in the Community of Madrid. 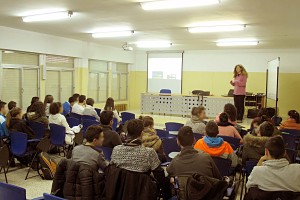 Dissemination and awareness about the importance and interest of the Humid Areas. The Wetlands of International Importance of the Ramsar Convention. 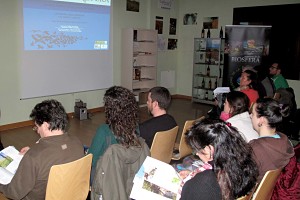 Development, dissemination and awareness for the support and implementation of the Climate Change Monitoring Program in the Spanish Network of Biosphere Reserves.

Geographic Information Technology (GIT) which grows expansion in recent years due to the versatility of its application in different areas, such as the environment, the natural resources, the conservation of threatened species and the planning and management of the territory, is used transversally in all Terra Naturalis' projects..

These technologies allow the capture, storage, management, and analysis of geographic information, making possible the presentation and exhibition of the results in a very visual and easily compressible way by all types of public

Some practical applications performed by Terra Naturalis with these tools are:

Study and characterization about the habitat of threatened species by means of photo-interpretation of satellite images.

Determination of the use of space, home range and seasonal movements of endangered species; prediction of potential distribution areas and ecological connectivity (Maxent, R).

Network analysis for design and planning of itineraries in the field. 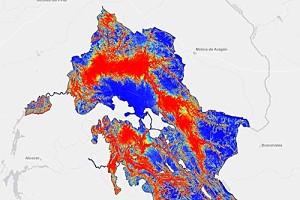 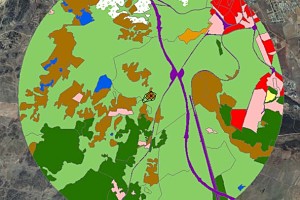 Habitat characterization of kestrel colonies (Falco naumanni) in Extremadura. Study of the different uses of the soil in the radius of the colony. 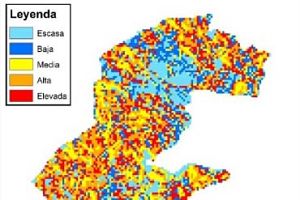 Predictive model of distribution of steppe birds in the San Clemente ZEPA, and assessment of environmental conditions through the MaxEnt software. 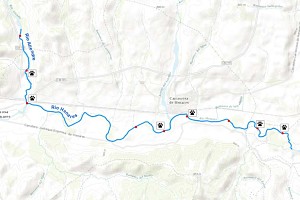 Cartography of signs and captures of American mink specimens in the Henares and Aliendre rivers (Guadalajara). 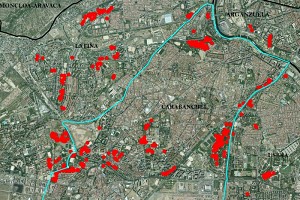 Cartography of Argentine parrot nests by municipalities and districts of the Community of Madrid. 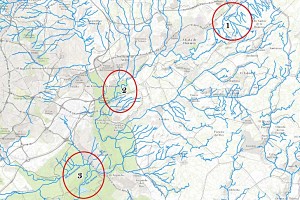 Cartography of clues and captures of raccoons in the Community of Madrid. Determination of champion areas and seasonal movements of specimens.

We promote sustainable development in all its forms

Fill out this form or send any questions to info@terranaturalis.eu, and as soon as possible we will contact you. Thanks for your time!